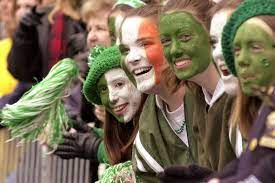 How the Aran Sweater brought the Irish Americans back home

Ever since its independence in 1921 Ireland has struggled to have its voice heard next to its large and powerful neighbour. The question of Ireland and its independence had raged on for decades and finally the Catholic majority had won its freedom from the Union. The dust was yet to settle following an Irish Civil War that created a Free state. Northern Ireland was due to be a part of this but opted out preferring to stay a part of the United Kingdom. Despite its difficult birth Ireland arose and started to try and compete. It even engaged in a trade war with Britain prior to the Second World War. It also took on a neutral status, not rushing to give military support, to its neighbour and even found its shipping attacked by both the Allies and the Nazi’s. It even had to consider the fact that both sides might invade it. 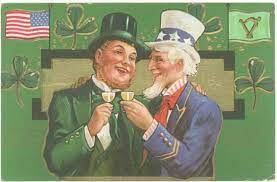 After the war the final links were severed to the UK and the Irish were truly on their own. They needed to raise money and the other half of the Allies in the USA looked like it might be an option. The Diaspora that had seen so many native Irish people leave the country for the New world needed to be contacted and brought home, especially the affluent ones in the USA.

The culture of Ireland was developed. Irish-Americans were fully aware of the link to the old country. They were fiercely patriotic to the United States but that was still a young country. They wanted to be part of something older to give themselves a definition. Societies were formed and trips to the land of their birth to see the, sometimes, basic origins  organsined. Irish Music like that of the Clancy Brothers, resplendent in Mens Aran Sweaters like those from Shamrock Gift became popular.

How to setup jacuzzi on the roof terrace
Making a good project on the Runaway is hard.