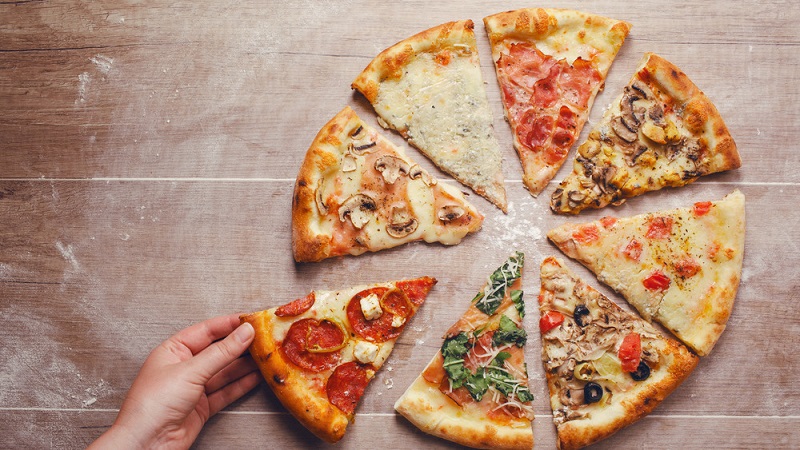 The most expensive pizza in the world: Can there only be one?

We started our race towards the most expensive pizza in the world with the most recent known. In 2016, what could be one of the most expensive pizzas in the world jumped into the specialized media. Stilton cheese, foie gras, truffles, caviar, and 24-karat gold flakes. The recipe is a credit to New York’s Industry Kitchen restaurant,  which is located very close to the city’s financial district. And the price? $ 2,000 to eat pizza with gold. The karat of ingested gold is less than $ 24. A bargain!

Luigi XII, in honor of cognac, is the name of the next candidate for the ranking of the most expensive pizza in the world. It was created by chef Renato Viola and its main ingredients are certified organic flour, Australian pink salt, red lobster, three types of sturgeon caviar from the Caspian and Danube Sea, prawns from the Cilantro area, fish eggs, and cognac. The price of the pizza, 8,300 euros, includes the preparation of it at the customer’s home and a cooking class in front of the diners. The only exception in the preparation is the pizza dough that must be made 72 hours in advance as required by ancient Italian tradition.

And finally, ladies and gentlemen! Our winner. In 2001, astronauts from the International Space Station ordered a pizza from Pizza Hut and had it delivered. It was thus the first company to send pizzas into outer space. It was a small one with salami, tomato sauce, and cheese. It cost a million dollars to carry her.

What do you know about the origins of pizza?

Did you know that pizza is a dish originally from southern Italy, specifically in Gaeta? Its origins date back to 997 BC. That original pizza with which we eat today would have little to do, but in ancient Greece, a dish known as plakous was also eaten, a focaccia-type flattened bread that was seasoned with garlic, onion, and herbs.

It is not until the 17th century in Naples when pizza is conceived as we know it. But without the cheese. This ingredient was not added to the recipe until 1889 when  Queen Margaret of Italy tasted this delicacy until then conceived as a “dishes for the poor”, and ordered one in the colors of her country (the white of the mozzarella, the red tomato, and green basil).

Even the most expensive pizza in the world shares the same origins: a bread base, a selection of natural ingredients (however expensive they may be), and, since Queen Margarita, cheese. And we already have pizza for dinner!

Tips for better managing your fleet

5 Ways to Use a Spare Room