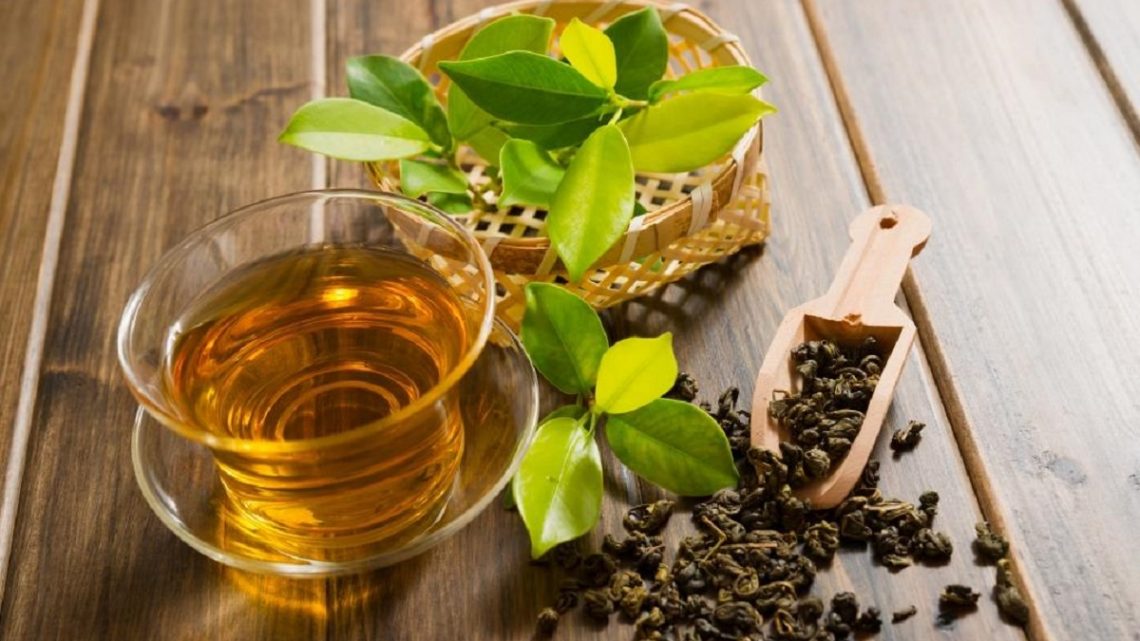 The Benefits Of Green Tea For Women

Many centuries ago, Chinese sages claimed that green tea is safer than water, since it does not transmit infections, and it is preferable to wine, because it lifts the mood, excites thoughts and invigorates the body, while not having an intoxicating effect. Today, someone calls him the elixir of immortality, someone a panacea for many ailments, and someone just tasty and healthy green tea. 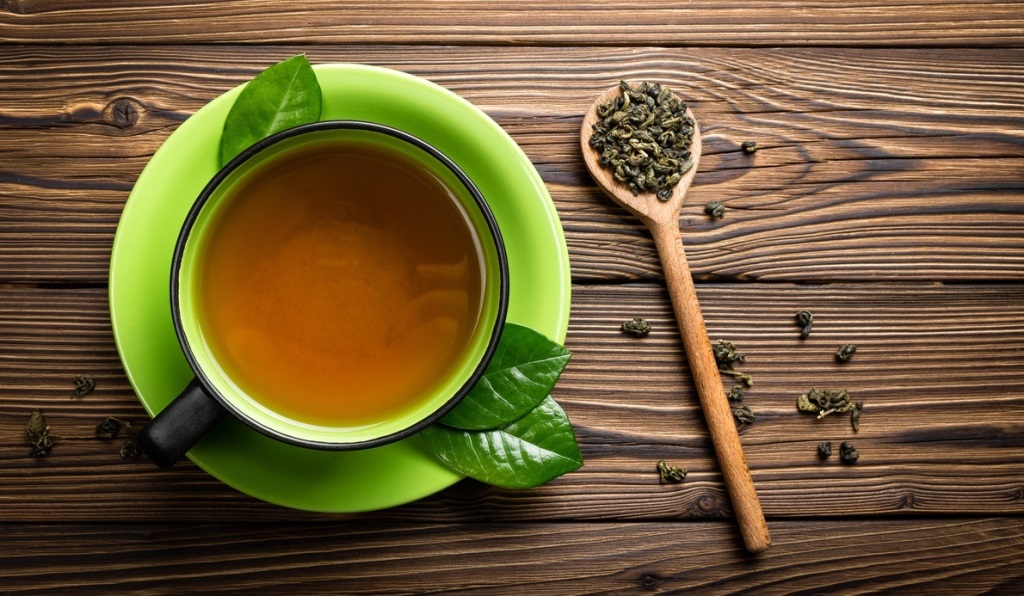 In our area, green tea has gained great popularity not so long ago, conquering it crumbs from classic black tea. But in the east, the healing properties of the amber drink were appreciated even more than four millennia ago. Several legends are known that describe the history of the discovery of its unique properties. The discoverer’s laurels belong to unknown poor goat security whose name is not preserved for history.

Once, a shepherd, weary of a long journey, saw that his same tired goats were actively eating young green shoots of an unknown bush. As if spellbound, he watched the animals reborn before their eyes – suddenly they became so active, playful. The man plucked several emerald leaves and dropped them into hot water – this was the first portion of energy-giving green tea, which legends told us about. 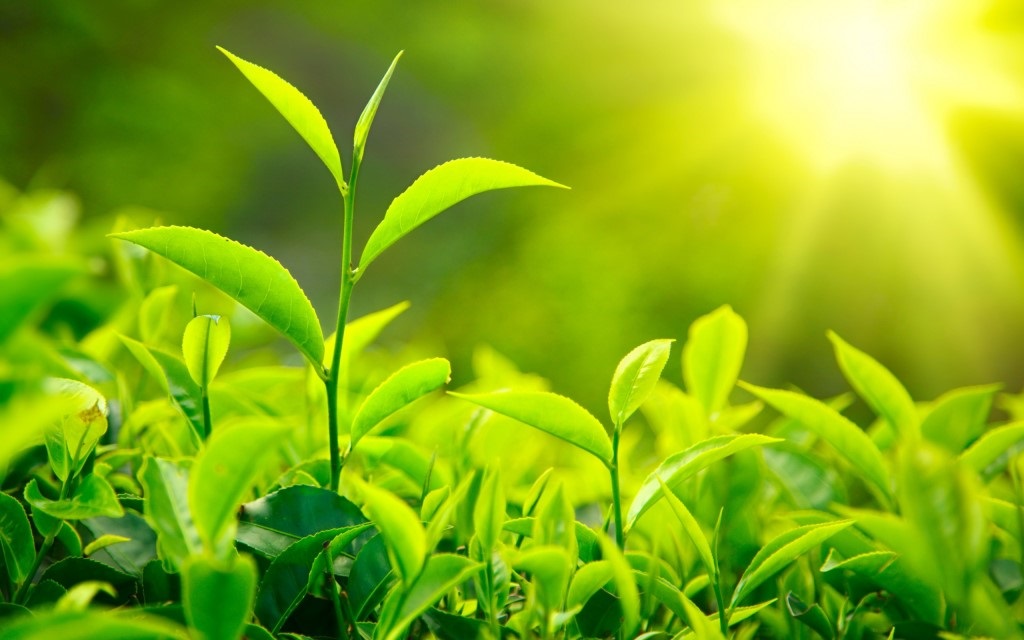 At first, untreated green leaves were used to make the healing drink. Over time, began to apply the technique of drying and toasting freshly picked leaves. During the reign of the Tang Dynasty (VII-X century AD), tea magic firmly entered the life of the whole country. Someone “conjured the birth of a magical infusion” – worked on tea plantations, dried young leaves. Someone competed in the skill of preparing an exquisite wholesome drink – this is how the famous and hitherto colorful tea ceremonies appeared, in which not only the taste and aromatic qualities are important, but the atmosphere surrounding the procedure. 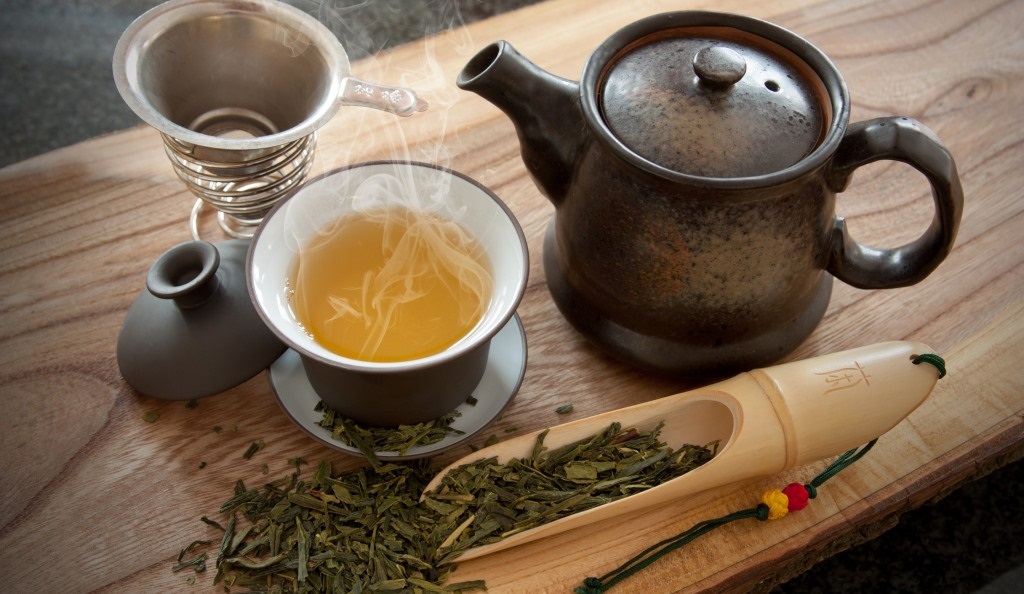 The main reason for the popularity of the drink

In Russia, they first tasted green tea in the 17th century. The eastern rulers sent a magnificent present to Tsar Mikhail Fedorovich and his boyars. But the eastern tradition on Russian lands did not take root, classic black tea was preferable for our ancestors – tasty and familiar.

Modern society is ready to consume useful products more and more. The catastrophically poor ecology, the “plastic” food, the ubiquitous fast foods and the menacingly fast pace of life leave their heavy imprint on the health and appearance of a person, especially women. To look great, think less about diseases and ailments, our compatriots more actively began to empty the shelves with green tea in supermarkets, pharmacies, ordering a useful product in online stores. Unfortunately, he does not claim to be a panacea, but its healing properties are difficult to overestimate.

The heads of outstanding people, the luminaries of medicine and science, were carried away by the search for the elixir of youth and longevity. Many of them are sure that green tea, in its chemical properties and its effect on the human body, is very close to the mythical and yet not created by the human hand’s elixir of longevity.

Just about the complex: why green tea is good for the body

We all know that citruses are rich in vitamin C, carrots are rich in vitamin A, sea fish are rich in omega-3 fatty acids and vitamin D, but what is the use of green tea so popular today? Girls will now remember that it is indispensable for losing extra pounds and for maintaining female beauty. Actively working men – admirers of this tonic drink – will tell that it helps them to concentrate and replenish their energy supply. And this is all true! Only this happens not just like that, but due to the rich chemical composition of tea leaves.

You can now give a long list of useful components present in green tea:

And the drink is rich in minerals and trace elements: iron, iodine, magnesium, fluorine, sodium, potassium, phosphorus, gold. It contains vitamins B, C, A, E, P, K – each of these groups has a positive effect at the cellular level. 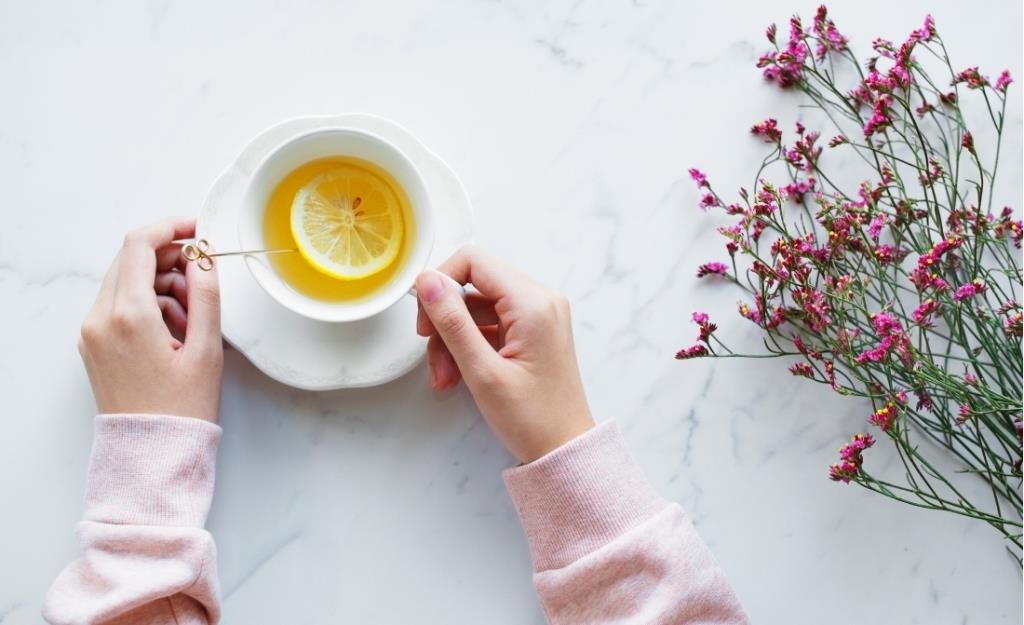 What are the benefits of green tea for the female body? So let’s go! 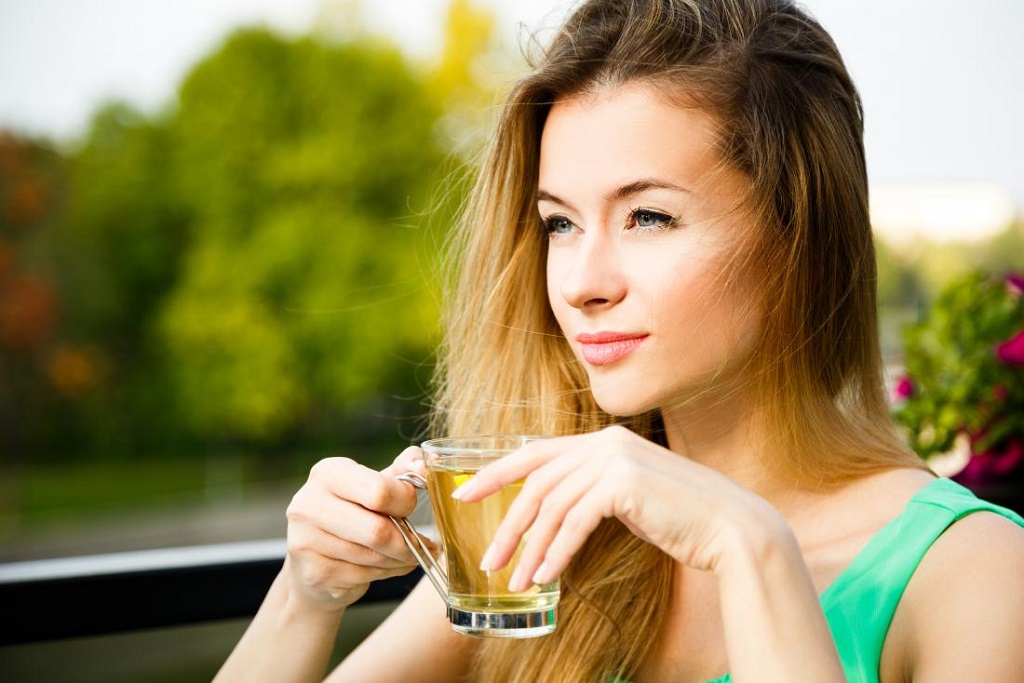 As evidenced by the numerous reviews of women, green tea is the best friend and helper in the struggle for their beauty and irresistibility. Its extracts, essential oils and infusions can be found in many formulations of moisturizing masks, ointments, creams, shampoos, tonics, hair conditioners. Green tea is an inexhaustible spring of useful substances, regenerating components. It allows you to significantly slow down the aging of the skin at the cellular level, accelerates recovery processes.

A wide range of cosmetics for the care, the main component of which is green tea. Many well-known brands use the so-called elixir of youth in their products – Von-U, and Beauty Style, and Secret nature, and Mediflower.

Green tea is no less popular and among those eager to maintain their figure in perfect shape. Numerous studies and experiments have proved that the catechin contained in the composition limits the rapid absorption of carbohydrates in the body, actively burns fats, while significantly increasing the body’s stamina during physical activity, including sports. 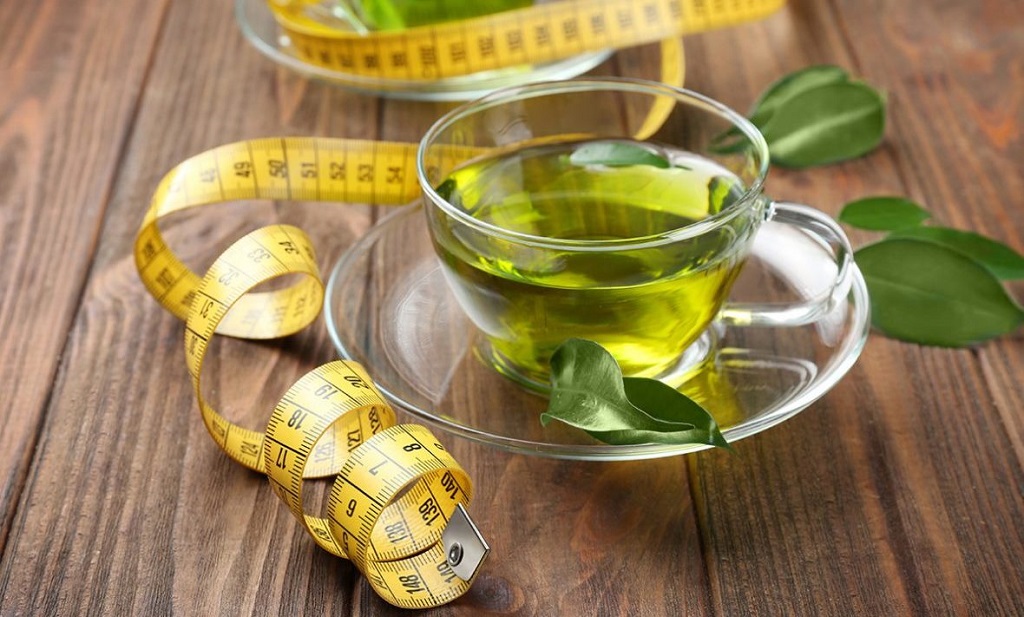 Fly in the ointment: when an elixir turns into poison

But is this harmless green tea? Is it worth chasing beauty and youth to absorb a fragrant amber drink in liters? No! The popular saying “too good is also bad” is relevant as always, a sense of proportion should be present in everything.

And more! Not always those leafy-herbal mixtures with the inscription “green tea” on the shelves in supermarkets are exactly that product whose main purpose is to give health and youth. So, rule number 1: the result can be expected solely from a quality and properly prepared collection.

Do not get carried away with frequent tea-drinking hypertension, people suffering from peptic ulcer disease, liver failure, gastritis, gout. Insomnia is another reason to give up a cup of strong green infusion for the night, but in the morning you can treat yourself to a fragrant drink. Doctors do not recommend drinking green tea on an empty stomach to avoid irritation of the gastric mucosa. In no case should you drink it during feasts where alcohol is present? The body will not be delighted with such a mixture, the kidneys can express the greatest indignation, albeit not immediately, but they should not be provoked.

Fans of drinking pills with green tea should remember that it actively removes “chemistry”, which means that the effectiveness of taking medications can be reduced to zero. 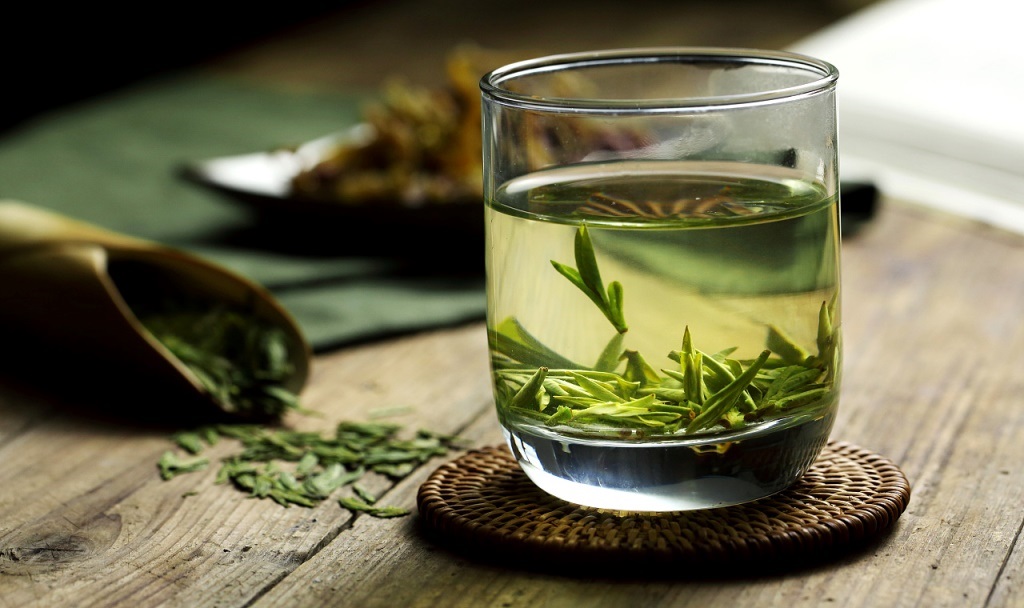 How to choose products based on green tea

If we talk about cosmetics for moisturizing and regenerating the skin using the components of green tea – only branded quality products fully cope with the role of the elixir of youth and health. In the Mamsi club, elite cosmetics are adequately represented by the South Korean brands Von-U and Secret nature. Besides, during sales, you can buy it at very competitive prices. Moisturizing masks, hydrophilic foams, creams, serums, gel peels, shampoos and conditioners containing infusions and elixirs of green tea, positively affect the condition of the skin, hair, nails. 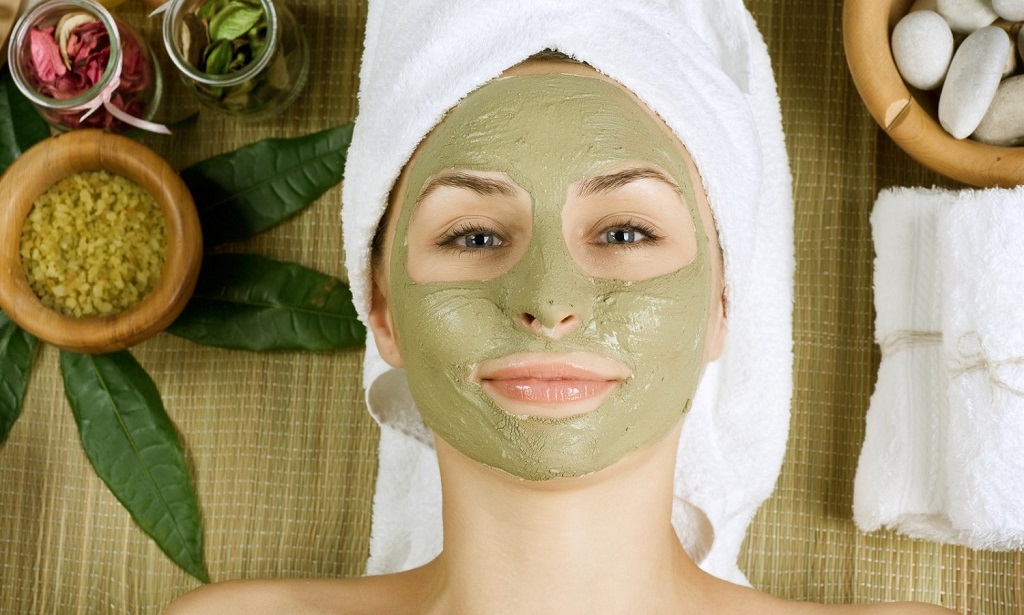 As for the choice of the drink itself, it is also not worth saving here when buying the cheapest packaging. The expected result is unlikely to wait. Elite varieties from the Middle Kingdom are rightfully considered to be the most useful and delicious, Georgian and Japanese brands are also popular. The properties of the drink depend on many factors:

But there are many ways to make green tea. There is a whole cult of tea with its ceremonies and rituals. If you don’t get attached to traditions, but just enjoy and benefit from a cup of a delicious drink, buy a high-quality product, use purified water, and monitor the recommended temperature regime and the brewing time of the drink. Have a nice tea party!

Is Word Count for SEO and Article-Writing important?