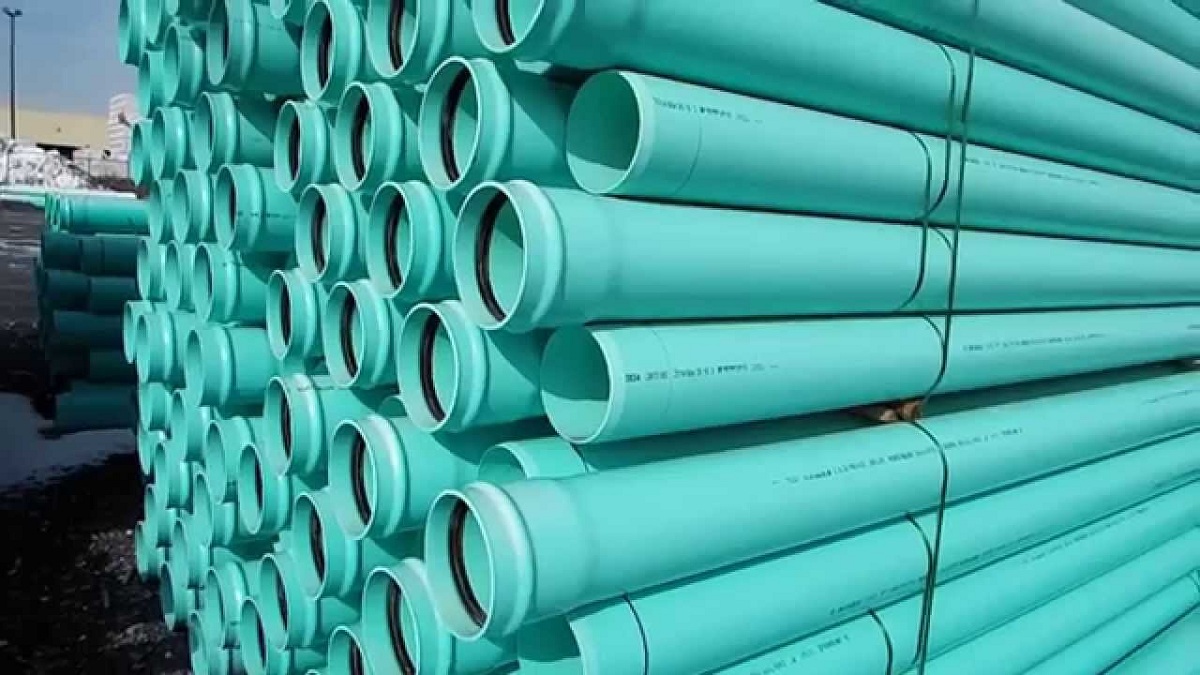 Our century, many scientists call the era of plastic. The polymers created by mankind are used absolutely in all spheres of life, often showing themselves much better than traditional materials. A vivid example is the arrangement of a sewage system. Another couple of decades, there was simply no alternative to cast-iron pipes. Today they are actively replaced by polyvinylchloride analogs, which are not susceptible to corrosion, do not overgrow, weigh less, and are cheaper. The excitement around such products can be understood. It remains only to figure out how to choose PVC pipes for sewage, and what their features are important to take into account when operating. 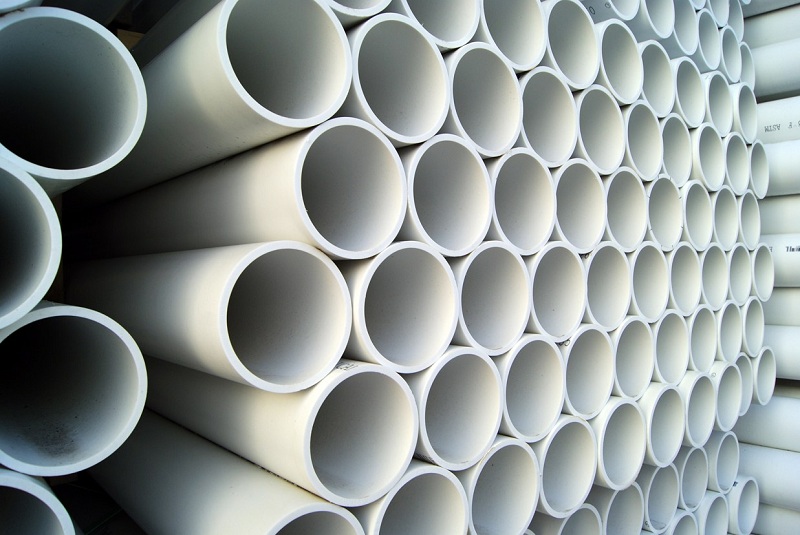 №1. What are the PVC sewer pipes?

Often PVC pipes are called simply plastic, which is not entirely true. Plastic pipes – this is a whole group of products, where you can also include polypropylene pipes, pipes made of cross-linked polyethylene and, in fact, pipes made of polyvinyl chloride (PVC). The latter is made of polyvinyl chloride thermoplastic, which also includes special additives, which provide additional strength to the product. Pipes from the prepared mass are created by extrusion, they keep the shape well.

Depending on the characteristics of production, there are two types of PVC pipes:

PVC pipes are actively used in the arrangement of internal and external sewerage, they are also used to install a cold water system, to create drainage systems, when laying cables for the Internet and telephony. Such a wide scope of distribution is a consequence of the huge number of advantages of this type of product. 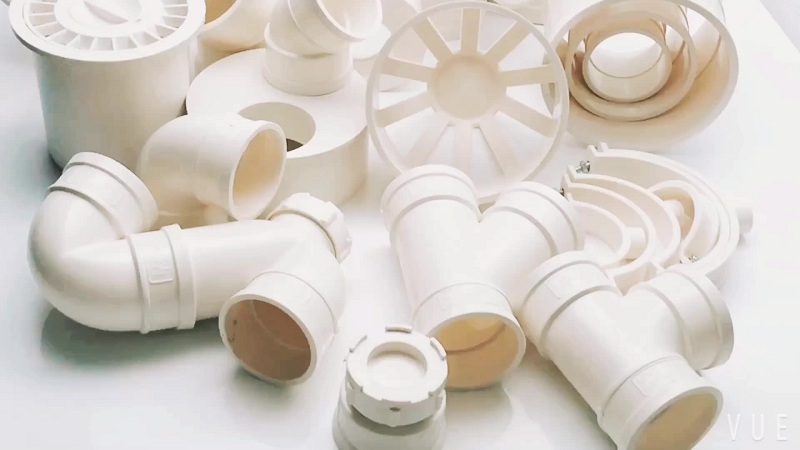 Before choosing anything, every sane person weighs all the pros and cons. Sewage pipes will not be an exception. 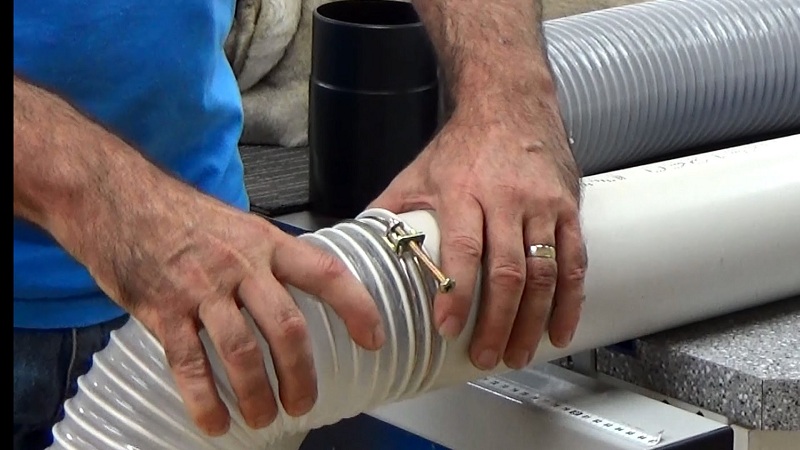 There were no shortcomings:

No. 3. The Main Types Of Pvc Sewer Pipes

Polyvinylchloride pipes are used for laying internal and external sewerage, are used under different conditions, therefore manufacturers offer us several types of products that differ not only in performance but also in appearance.

For the arrangement of sewage the following types of pipes are used: 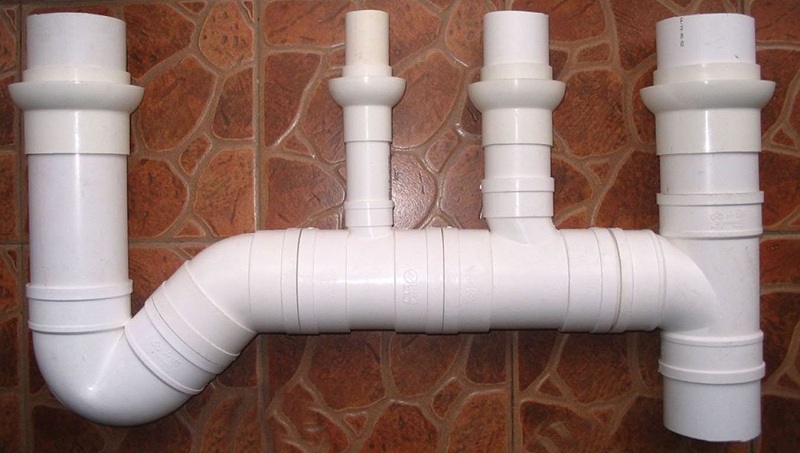 About what the load can withstand the PVC pipe, says its strength class. This information is most needed when it comes to pipes for external sewerage. Strength and resistance of the pipe to external pressure indicate the depth to which it can be buried, without being afraid for its integrity.

There are three classes of a strength of sewage pipes:

In the most difficult areas, naturally, it is better to use unplasticized PVC pipes that can withstand pressures up to 1.6 MPa.

The pressure on the pipes can be provided not only from the outside but also from the inside. Depending on how the flow is organized, the pressure will be different. There are non-pressure sewer systems when the drains move by gravity. In a similar way, the sewage system in the apartment works. Also, water flow in a private house is organized when the site is on a slope. On the main sewer pipes, the drains move under pressure. In a flat area, drains to the septic also have to be forcibly driven. In this case, we can not do without pressure equipment, the work of which will expose the pipes to an additional load.

The type of sewage system leaves an imprint on the choice of PVC pipes:

The selection of the diameter of the sewage pipe is a matter of increased importance. If you take pipes less than what is required, they will not provide enough bandwidth. What this means, probably, should not be explained. At best, the wastewater will go badly, at worst – in some places they will start to go outside. For fear of encountering similar consequences, many decide to be reinsured and take pipes with a diameter significantly higher than required. Efficiency compared to pipes with a properly selected diameter will increase insignificantly, but the cost and area to be allocated for these pipes, greatly increase. 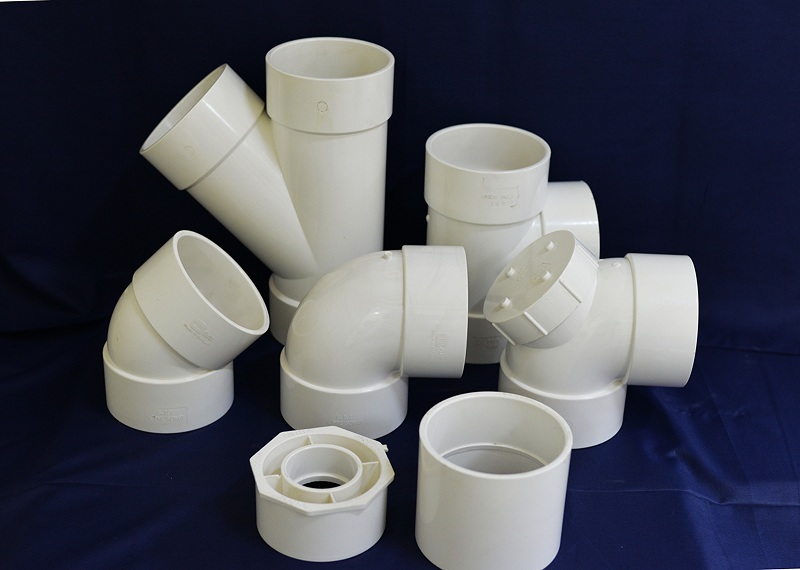 Before going for a purchase, it is necessary to draw up a scheme of the sewage system and mark on it all the points of the discharge of the liquid. The larger the drainage points, the larger the drainage pipe. However, when selecting pipes, it is necessary to take into account not only their diameter but also the length, as well as the wall thickness.

In order to properly select the diameter of a sewage PVC pipe, ideally it is necessary to calculate the expected volume of waste, but this calculation is often neglected using the parameters checked by millions:

The diameter of the sewer pipe that leaves the apartment must be at least the diameter of the common highway. For houses up to 5 floors, pipes are 110 mm in diameter, for tall buildings – 160-200 mm. External sewage can not have a diameter of less than 110 mm, which must be remembered in the arrangement of the sewage system of a private house. As a rule, pipes in a diameter of 110-200 mm are used in suburban areas and in out-of-town houses to equip the outside of the sewage system. If a sewer system is being built to service several houses, it is better to take a bigger diameter – about 315 mm. Pipes with a diameter of 630 mm are suitable for equipping the main sewerage for servicing a small village.

The thickness of the walls depends on the loads on the pipes. For internal pressureless sewage pipes with walls, 1,2-2,2 mm will suit. They have a diameter of up to 110 mm and belong to the strength class SN2. The SN4 pipes are the most widespread. They are used for the arrangement of both external and internal sewerage. Such pipes with a diameter of 50 mm have a wall of 2.6 mm, with 110 mm – already 3.2 mm. Suitable for the organization of a common house riser, as well as external non-pressure drainage in a private house. If it is necessary to equip the pressure sewer, it is better to take pipes with the thickest walls (class SN8). With a diameter of 90 mm, the wall thickness is 3-6.6 mm.

The choice of length depends on the length of the pipeline. It is better to keep all connections to a minimum, but unnecessarily long pipes should not be bought – it is economically unprofitable, and inconvenient. Usually, PVC pipes are sold in sections of 0.5 m, 1 m, and 2 m, but you can find products with a length of 3 m and 0.3 m. Some manufacturers offer pipes with a length of 6 m and even 12 m, it is convenient to equip them with external sewerage.

Remember that the junction points of the individual sections are the most dangerous, so try to make the installation so that the connections are as small as possible. Here, a competent preliminary calculation will help. In which case the length of the pipe can be reduced using a hacksaw for metal.

With the help of PVC pipes, it is possible to assemble a sewage system of any complexity. Not only different diameters of pipes come to the rescue, but also all kinds of adapters, swivel bends, tees, crossings, reducers, plugs, etc. 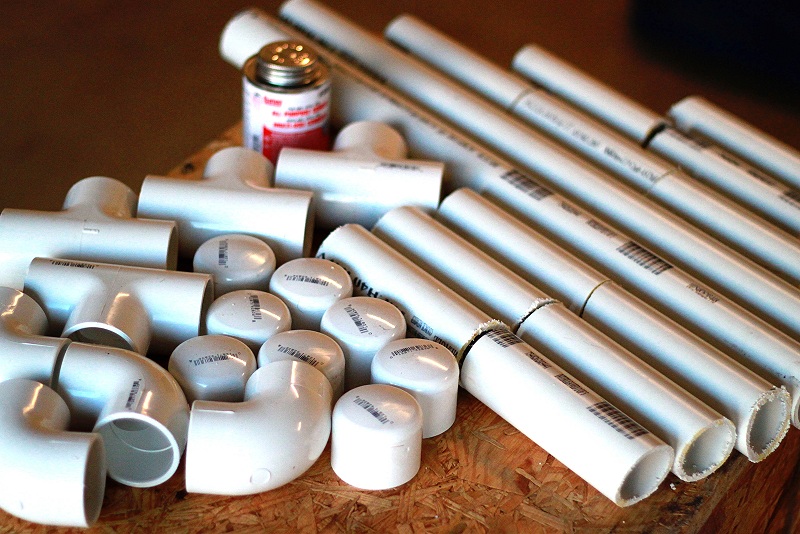 If you have certain skills, then you can manage the installation of internal sewerage yourself, because the main advantage of PVC pipes is the ease of installation. The sequence of actions will be as follows:

The outside of the sewer is best entrusted to professionals. It is important to correctly perform the thermal insulation, provide for inspection wells, create a sand pillow, take care of the slope of the pipes and the correct angle of rotation of the knees. Details of the installation of internal and external sewage can be seen in the video.

Of course, polyvinylchloride sewer pipes will not last for centuries, but from what the market offers us, it is almost the most durable option, and if you take into account the cost, performance, and ease of installation, PVC pipes can be considered the best option for sewerage.

How To Protect Joints In Sports?