Getting a divorce is an unfortunate and upsetting time, but in this day and age it is certainly not unusual. It is fairly simple to do, although most people require the help of someone like this family law Gloucester based solicitor https://www.deeandgriffin.co.uk unless the divorce is uncomplicated and doesn’t involve children or assets. In that case some people choose to do it themselves. 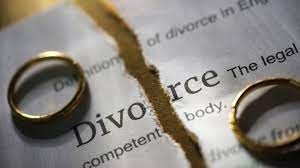 Nowadays divorce is something that we take for granted – allowing people to legally get out of a situation that is making them unhappy and to have the chance of a new life. However, in days gone by it was a different story.

Of course, Henry VIII was the most famous person to be able to divorce, and one of the first – being the king of course had benefits, and he completely overhauled the law and religion in England in order to be able to divorce the two wives that he didn’t wish to remain married too (they were of course the lucky ones, another unfortunate pair of course were beheaded!).

Henry VIII reformed the Church system and the law, which at the time were very intertwined as the Church held a lot more power than it does now and was in many cases seen as a higher authority than the king. Of course, Henry VIII didn’t like this so broke away from the Roman Catholic church and established the Church of England which is the dominant religion in England today.

Despite the fact that the King had successfully changed the way that the Church and law operated in England, divorce was still a very rare and unusual thing to happen for centuries after this. The church of England would rarely grant a divorce, but marriage was seen as a lifelong commitment that was entered into with the church.

It wasn’t really until the 20th Century that divorce seemed to become a bit more common in Britain. The two world wars in that time as well as enormous social changes heavily influenced things at this time, and things like the Women’s right to vote and the Matrimonial causes act put women and men as equals for the first time in the eyes of the law.

It wasn’t until well after the second world war that more changes were made to the law regarding divorce – realising that the previous laws were no longer fit for purpose, Government put through a new law known as the Matrimonial causes act in 1973 – this is the law that still stands today and the basis for modern day divorce.

Some of the changes that were made when this law was brought in included allowing divorce to be dealt with in county courts rather than having to go to the high court, as well as a divorce that doesn’t have either party at fault if there has been a period of separation.

Thinking of Starting up your own Business? Here are some things to Consider Before you do