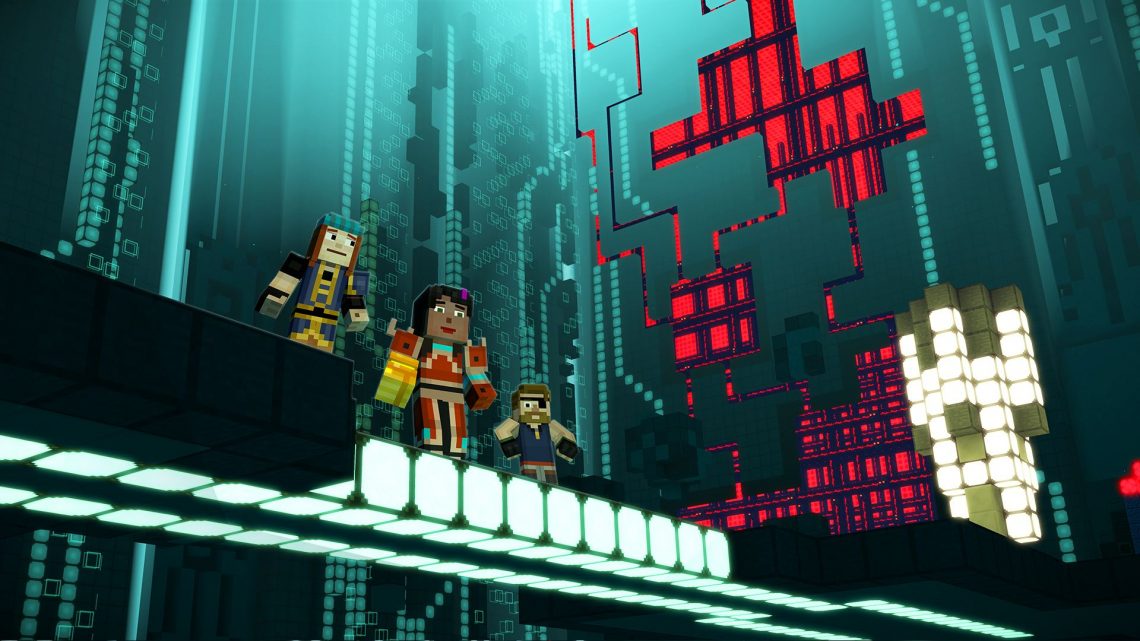 Having become mayor of Beacontown, Jesse regrets adventures: his friends, known in minecraft story mode – season two, remain part of the Order of the Stone but have their own lives, so Jesse does his best for the inhabitants of his city with the help of the neurotic assistant Radar, until Petra comes back, proposing a small undertaking: the recovery of a lost llama. Jesse accepts to breathe once again the never dormant spirit of adventure. Still, the mission holds a curious surprise: a bracelet that invokes Jesse is attached to his wrist, evoking a mysterious “Admin” …? 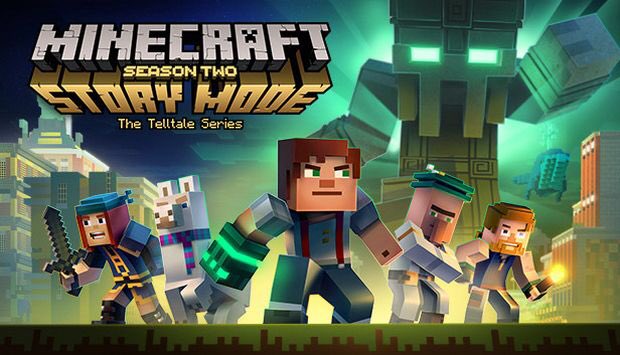 Few were expecting the second season of Minecraft: Story Mode in such a short distance from the first, but above all, few felt the need: even the most die-hard Telltale fan has to admit it. Another session of five episodes between the blocks of the universe created by Markus “Notch” Persson, especially after the extension of the first season with the three additional episodes of the Adventure Pass. It had already constituted a dose from the horse of what I have always seemed the least cohesive and least exciting series among all those produced by the Californian house in its new course (which five years after The Walking Dead it’s not that new anymore …).

Andrew Grant, the former co-supervisor of Game of Thrones and Batman, inherited the direction of the series from Sean MacManus and Dennis Lenart, who left for the Ubisoft shores. However, in design and script, Story Mode relies heavily on designer Brian Freyermuth and screenwriter Eric Stirpe, who is very active in the first season and especially in the Adventure Pass.

Leaving behind the pastiche of genres in episodes 6-7-8, this second series returns to focus on the inner journey of Jesse (male or female, the choice is yours). It is not difficult to guess a metaphorical path from adolescence to age adult, from the age of recreation and dreams in the first season to an assumption of responsibility in the second. It’s an interesting key in its own right. Still, it’s also interesting how it pays homage to the brand, as playing the original Minecraft can go from a casual approach to a more organized and “responsible” one. Judging from the first episode released, Telltale often stumbles into the two traps, and boredom was always around the corner for me.

The following is a detailed list (with spoilers!) Of the episodes that make up Minecraft: Story Mode – Season Two, with specific artistic cast, plots and a commentary that deepens what has already been said in the general sheet and contextualizes it to the single episode.

The discovery of the metal glove, a mysterious artifact that modifies the existential balance of the protagonist. It seemed to me all too similar to that of the Eternity Forge in the contemporary Guardians of the Galaxy. Recycling of a device has already been seen. Plus, the almost infinite potential of the Minecraft universe can become a boomerang and push to proceed by accumulation rather than following a truly inspired narrative strategy. Throughout the past season, we have already seen so many bizarre and/or dictatorial characters in their wacky habitats that Stella and her Champion City stimulate the curiosity only of the most avid Minecraftian maniac.

Minecraft: Story Mode Season Two, for now, net of some ideas to verify, is only one of the most sensational and shameless “more of the same” ever produced by Telltale, for use and usufruct by Minecraft fans: it was also the pleasant The Walking Dead: Michonne, but it must be remembered that it was a spin-off that only lasted three episodes, and Story Mode had already provided us with such an expansion.

It is still the ex- Double Fine Mark Hamer who acts as artistic director to convey every suggestion that the graphic team may have into the cubes. In contrast, the animations have passed under the direction of Tyler Helton, who in the past tour had also been part of the squad. In the simplicity dictated by the visual setting of the brand, Season Two seems to be more accurate than the previous one: it uses the latest version of the Telltale Tool engine (tested with some suffering in Batman). So, there are many more lighting effects and focus changes, which are very helpful for the effectiveness of the direction. The problem that plagued the first season has also disappeared, namely the imprecise lip-sync in the dialogues: now the squared mouths of our heroes appear to be well synchronized with the speech. The animation quality and color choice are always precise and pleasing to the eye.

The nice Patton Oswalt and Catherine Taber return to divide the dubbing of Jesse. Still, this time there is less attention to the stardom, which instead characterized the first series, with the numerous participations of the Goonies cast. The fact that Martha Plimpton has been replaced by another actress in the role of Olivia makes me think that the character himself will not have much weight in the series. Curious that Norm’s mumbles are entrusted to Mark Barbolak, a member of the Telltale legal department since its foundation, often used in secondary voices in their episodes. Fred Tatasciore, the voice of Jack, is a veteran cartoon voice actor in the USA: his characterization here reminded me a lot of Will Arnett’s tone as Lego Batman. YouTubers Stacy Plays and Stampy Cat recover their alter egos. The soundtrack, not memorable, is signed only by Antimo Music & Welles Creative, without the contribution of Anadel anymore.

How to Repair a Mobile Phone Screen – Know Your Options

How is a Building Survey Completed?